A slow start this morning after a trip to Cloisters bar last night. But efforts were rewarded with a fine brambling in the garden of our recording studio. On the coffee list. That adds another to the score sheet.
#whiterump 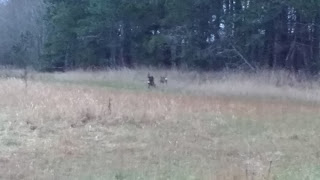 Horizontal snow is not what comes to mind when we think of the Mediterranean. Neither do images of soggy fields covered in freshly spread muck. So what was going through the minds of the two mediterranean gulls that were sat on Boghall on the 11th? Not that we cared as, after 8 years of checking gull flocks in winter on Boghall we had finally found this white winged wonder. Probably the last patch in this challenge to do so too. The partying went on right up until England ran over for that last try against Wales.

[Edit by Seppy - I requested photographic evidence to support this highly contentious record, but have to admit that the resulting image more than substantiates it. Well done to all concerned!]