Was away in Kerry when da news broke yesterday but thankfully the american bittern remained at Castlefreke lake today - it's just 2.7km off patch as the bittern flies but sadly there's a big hill in the way! Still, there's always a chance it might relocate to Kilkeran, and then it would be within patio range...

Email ThisBlogThis!Share to TwitterShare to FacebookShare to Pinterest
Labels: amazeballs, americacacacacacacacacaca, just off my patch

Its been a while since we posted but this whooper swan was the second record for us. It was grazing on some nice fresh green seedlings. Don't tell the farmer. 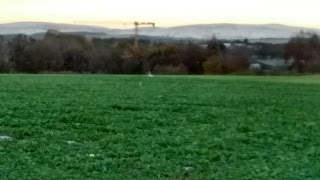 Dartford Warbler brings up 99.07%. Wonder if the colder weather this weekend will drag anything in. Should be able to string a Little Auk with a bit of luck 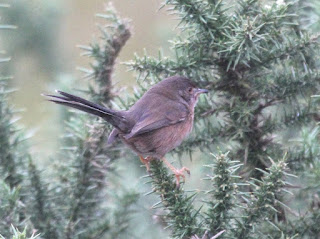 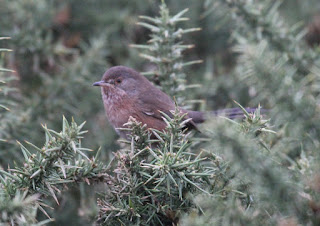 
I got a fieldfare….

The only reason for posting this is that it moves me up the leader board.

Yes indeedy - the third patch year tick in as many days was gleaned this lunchtime in the form of a fine kingfisher whanging through the scope as I scanned the lake. Minutes later it whanged back again the other way - result! Just aboot annual here but you can't count 'em till you get 'em, innit!
Posted by seppy at 15:08 No comments:

Email ThisBlogThis!Share to TwitterShare to FacebookShare to Pinterest
Labels: all to play for, banging them in, that's more of it ted

I might have to re-evaluate my opinion of my on-patch lake.

While it is undeniable that it's most remarkable feature is a lack of species diversity (mallard, teal, moorhen, grey heron, cormorant and a smattering of gulls are the only regulars), it has delivered a few stellar additions to this year's tally over the last month or so.

There were the gadwall and coot, of course... and then there was yesterday.

A quick spin to the lake on the bike looking for elusive mute swans resulted in a very distinct lack of swanage... but did throw up a rather splendid green sandpiper down on the lakeshore.

No pics, obvs... I was on the bike with no camera and my attempts through the bins with the phone turned out to be woeful. So here's one I purloined from Google that looks exactly like it.

Now... it's a toss up between green sandpiper and coot for my best patch find... decisions, decisions!

had another lash at yesterdays red-breasted flycatcher in Dirk this am, but nae sign. The siberian chiffchaff  was still spazzing around but bird of the day was a fine WOODCOCK, flushed from the leafy carpet 'neath the sycamores! Fantastic! Only seen a couple before at Galley and they were both back in January 2010 in the big freeze, so this was a BIG bonus! Skillz!
Posted by seppy at 11:01 No comments:

Email ThisBlogThis!Share to TwitterShare to FacebookShare to Pinterest
Labels: how much cock could a woodcock suck if a woodcock could suck cock
Newer Posts Older Posts Home
Subscribe to: Posts (Atom)