Yes indeedy, I did a quick canvas of the most active competitors in last years arena, and everyone concluded that we didn't need a vote and that the flyaway winner (see what I did there?) was Bushveld with his majestic PACIFIC SWIFT, way back in July.

This was probably even good enuff to win Patch Find of the Decade, but we wouldn't want him to get carried away.

All of which leaves me bottom. Of those that have bothered to post a score anyway. At least I have made that effort! Where are the rest of youse?
Posted by Shaky at 23:36 No comments:

I am a record breaker and the stats back me up. This January I have seen 72 species (count ‘em!) in Wanstead, which is the highest I have ever managed in over ten years of trying. 72! This includes one full fat tick in the shape of a Great White Egret in early January which I was so desperate for that I twitched it from the broadcasting studio in an Uber. I’ve since refound it twice on the patch. Natch. Anyway, if you could see your way to coming round and #verifying the record that would be super.


As KOD sung, and it has been pretty snowy of late too. This culminated in our "wish it would snow" bunting, and lo, last weekend we found 12 of them on patch. Not since 2013 have we seen a flock of these guys on patch. But they were all in the usual place too on the ridge between Hillend and Caerketton.  Added to this is a load of other stuff, including oystercatchers making a tentative return to their inland breeding areas (it didn't last long). And the dippers have been in full voice in the garden. 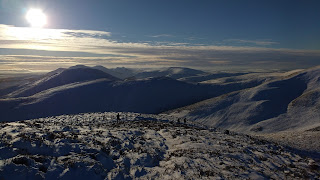 Posted by The Proclaimers at 16:54 No comments:

I haven't exactly been bustin' me @r*e out around Galley so far this year, but there's been slow & steady progress. Highlights so far include purple sandpiper, which are less than annual, glossy ibis  (from the upstairs jax window) which I only ticked last year, lapwing, which has become v tricky these days, and was one I missed last year, and glaucous gull, which I also missed last year.

All of this excitement, moves me onto a whopping 66 species, which translates into 50.00% in real money. This is almost certainly due a celebratory pint later, I would imagine.
Posted by seppy at 15:47 No comments:

Email ThisBlogThis!Share to TwitterShare to FacebookShare to Pinterest
Labels: bon jovi, halfway there, living on a prayer

After a cavalcade of year ticks early in the month the tail end of January petered out to become predictably barren. However... a dipper on the Roury was a welcome addition last week... and edges me back to the top of the podium temporarily. Which is nice.

Not my dipper... stolen from the Ireland's Wildlife group on Flickr #winning

Still a couple of sitters that have yet to make an appearance... but really not much more to get until spring. It's going to be a long February.
Posted by Basil Faulty at 11:56 No comments:

New year, new list. And we are chasing 76.33 this year after the bonanza that was 2017. We are off to a good start too. We got birding on the 1st January despite a bloody cold, and we have managed to crawl our way to a woeful 49 species so far. That translates as 64.19% though. Over half way already. I feel it will be a long year. Highlights include jay and nuthatch. Oooh!


Posted by The Proclaimers at 15:49 No comments:

Ringing in the New Year

Well, last year dawdled to a close with a dismal showing on patch to leave me floundering off the podium for the first time in a long time.

This year started well enough, but the highlight by far was when Seppy "helped" me re-identify a dubious scaup that turned up on the lake on New Year's Eve as a female ring-necked duck. SCORE! 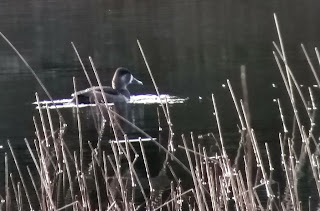 Other highlights of the New Year so far included a female blackcap on my nuts one morning and a flock of a dozen or so wigeon on the lake. A greenfinch hopping about on my nuts this morning takes my tally to 49 for the year so far... or 55.11% in real money.

All of which sees The Mall in top spot... again... temporarily. #theonlywayisdown
Posted by Basil Faulty at 09:25 5 comments:

Email ThisBlogThis!Share to TwitterShare to FacebookShare to Pinterest
Labels: back on top, fowl ref!, ring-necked duck, the only way is down 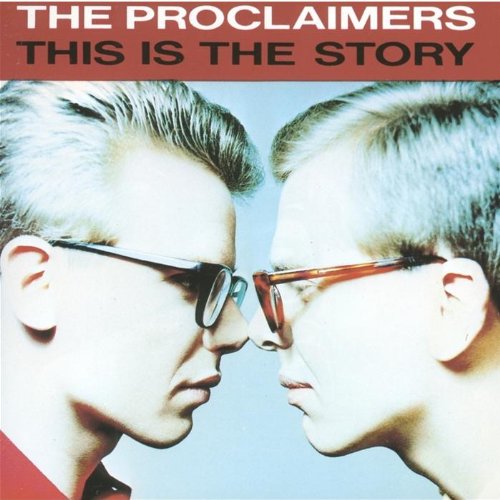 It is 30 years since we arrived on the scene with "This is the story" so it is appropriate that 2017 was the year of our highest chart position - numero uno! As noted by Seppy, our 114% score represents the first time we’ve won the precious Golden Mallard. We came close in 2013 but Reg did even better and we were third in 2016. And unlike the (unproven) accusations about Haddock’s big year, we are in the clear of accusation about low effort in previous years.
January was quite dull as ever, with little of note but in February all those hours checking our inland gull flock paid off when we scored Mediterranean gull. Two of them in fact. That represented the first of five patch ticks over the year. March saw us take top spot with 70%, and some convincing photographic evidence of the Med gulls. Chiffchaff was the first summer migrant of the year, and we landed it the same day that Bushveld has his first wheatear of the year.  About a month later we really scored with the second patch tick of the year - a lesser whitethroat in full song. Not a bad bird for Lothian.
A long summer silence ensued, broken by a few common gank and, of course, a documentary about our activities (see : This is the story), but nothing to come close to a specific swift. A July break took us to Ireland to check up on a few patches over there and get some inspiration. Basil did his best to slow us down with vast quantities of beer but we made it back to the safety of Boghall. About 6 weeks later, boy wonder Lachlan found a dotterel on my patch (trespass) which he then suppressed until he was safely having a cup of tea in a nearby cafe. However, as we were fortunately ‘working  from home’ that day, we got our third patch tick of the year. It was followed closely by an inland cormorant which slowly circled over the patch from Glencorse, making it four patch ticks for the year. Madness, but could we make it our year? It all depended on how good an autumn it was and...it was a crap one. Some the normal autumn bonanza failed to materialise for the competition while we kept going. Seppy tried hard to break back with both Melodious and Icterine warbler simultaneously, and a case of thrush.
A final big push was needed, and as Bushveld points out, we discovered the power of a telescope to nail the fifth and final patch tick of the year - mute swan. Cracking stuff, and before you scoff, Bushveld also ticked it for his patch this year. After a few beers Seppy was unable to find any issues with the claims. Jay, snipe and finally woodcock put the icing on the cake. And end this dull summary.
It’ll be tough the next two years, but we eagerly await the mallard arriving safely in the post from Royzah.

Well, the aim at the start of 2017 was to avoid the relegation zone and hopefully not end up in mid-table mediocracy.  I had dreams of finishing in a podium position and fantasies of actually winning the mythical mallard, but alas all to no avail.  The Procs late discovery of a telescope put an end to that, not helped by work effectively stopping me from hitting the patch for the whole of December.

There was an impressive 8 full fat patch ticks this last year.   There was, of course, that swift, back in early July but that only counts as one, as did the following seven new birds for the patch...


But what was missed, what stopped me from getting my mits on that mallard (aside from a quite ridiculous total by the Procs) .  Well, I managed to avoid lesser black backed gull (which is annual, but only just), I also somehow missed getting a coal tit or a barnacle goose, both of which is daft.  A general lack of migrants on the patch meant that I missed lesser whitethroat for the first year ever along with both spot and pied fly's.  And really, I should do more seawtaching for which there is no excuse.

But even if I'd got all the expected regulars and irregulars, could I have won.  Nope, not a chance, would have needed another 20 species, which just wasn't going to happen.

So here we are, at the start of another year and another challenge.  Only need 104 species to get a 100%, so should be easy and I'm nearly a quarter of the way there already.

Yes indeedy, for it is true - the birding twins from Boghall have finally won the Golden Mallard (still worth at least £50 on ebay) and in some style too - 114.74%!! That's the largest winning total ever, even higher than that sham of a year when Cap'n Haddock went for it after three years of drifting about the harbour in his rowing boat!

Anyway, for posterity, here are the 2017 scores on the doors - Ross Geller claimed a mistle thrush two days ago but was too pissed to recalculate his score but he's still second as it didn't affect the overall result. Rest assured, the powers that be shall insist that it is added to his 2017 score for target calculation purposes, as his initial "guesstimate" was well short of what it should have been....

Mr Derek Nimmo made the podium again, with a fine third place, which is quite frankly amazing given how much time he spends with his globetrotting these days. #alwaysonholiday

Basil Faulty was the best of the rest (just!), with no-one else getting near the 100% barrier. Questions have to be asked of the efforts of the lower placed contenders - I guess they forgot their log-in passwords again!