As you may have noticed, there's a veritable host of new patch challenges springing up for 2013 and beyond e.g. this one here or an "On foot from home" one that Mr McKinney seems to be organising. However, this is to confirm that the original (and still the one with the best prizes!) patch challenge (i.e. this one) will be continuing into 2013 (and beyond) also! Huzzah!

Bring on the Golden Mallard, I say!

Well, whilst others fight it out at the top, the past six weeks or so at Blackdog has provided a grand total of one year tick - crummy Fieldfare. And not for lack of trying either. Only other reasonably nice consolation was a Med at the weekend - I never tire of those things. 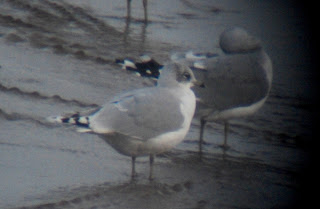 Statto
Posted by Statto at 11:09 No comments:

Got a bit of a shock when I saw a "chat" peeping round some reeds on a fence line at Meikle today. Lapland bunting flying around and a good flock of Rock and Meadow Pipits added to the activity.
The chat proved hard to see being v. elusive and often disappearing into thick cover.
Eventually I satisfied myself I wasn't dealing with a Sibe Chat or the like, and in fact a very late record of Whinchat having seen tail/ rump/head pattern well, the latest ever for NES I believe. Intrestingly there are 3 other records from coastal Scotland later than this. 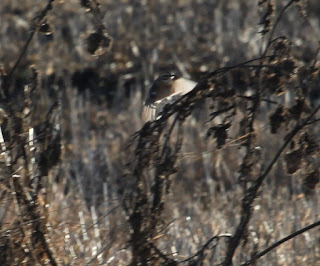 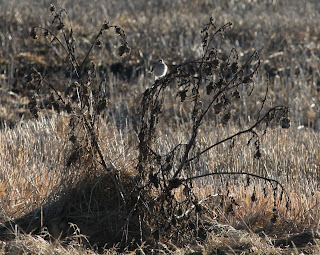 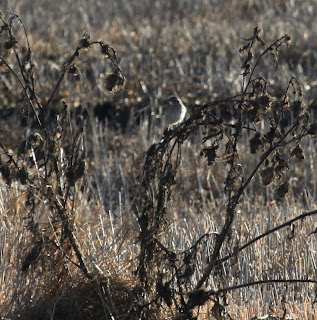 Do wonder where this bird orginates from, it did look quite frosty in appearance with quite a marked pale secondary panel,  pale underparts, with limited orange tones in the central breast.
Photos are poor as the light was hard to deal with with a lot of glare in patches...at least thats my excuse.
Few additions to the total recently with Waxwing last week as well as the Lapper today. Back later with updated figure.
Posted by Reg Hollis at 19:15 No comments:

Well! What a jammy bit of luck that was! I'd made the effort to go for a seawatch this am, but aside from a blue fulmar mealying around there wasn't much happening. Two small waders flushing around the rocks got me thinking of purps (they weren't turnstones anyway) but they blew away in the wind when I tried to stalk them. Back to the scope for another 5 mins, then packed up. Just standing up, lifting my trusty Scope Porter tm, when I noticed a bunch of kits going by close in, with what looked like a small dark wader even nearer. A quick perusal thru the spare car bins (left me leakys at home by mistake!) revealed that the wader was actually a little auk, complete with small dark bill and white streaks on the wing! Fantastic! Only my 3rd sighting on patch, with c.4 off Galley in pre-patch days (2002 i tink), and 1 wrecked on the lake in Feb '05! Major score and re-opens the daylight between me & 2nd & 3rd, with both FPS and Shakey needing two species again to take top spot! And I haven't checked the lake yet today either!!
Posted by seppy at 11:35 1 comment:

Both Shakey (lapland bunt) and Fat Paul Scholes (tystie - FFS!) got one back on me yesterday - I'm still out in front but only just!! Where's that pesky coot???

News from Royzah too - he nailed waxwing & tufted duck, leaving him 1 species short of the ton!
Posted by seppy at 14:49 No comments:

Email ThisBlogThis!Share to TwitterShare to FacebookShare to Pinterest
Labels: closer than a very close thing, fecksticks, goin to the wire

Nowt,  Nothing since the bullfinches on 17th of October, not even a waxwing!

Over three weeks without a patch tick....

Oh well still seven weeks to go and a dozen species to get...

Posted by Cotehill at 15:49 No comments:

No change at the top but waxwing at Folkestone & something well ganky like GND at girdle closes the gap between the top three! This year is going to the wire!
Posted by seppy at 22:24 No comments:

Coming to a Patch Near You This Christmas 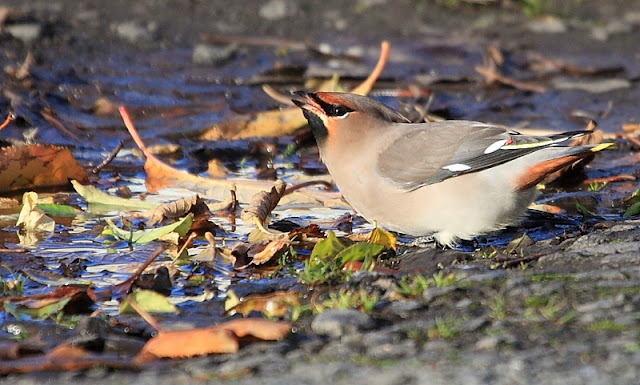 Took a while to sort out but these distant swans appear to have been Whoopers which, together with today's dugbird, puts me back into second spot on 105.44%

Working all weekend until Sunday afternoon, final hour of light managed to squeeze in a quick sea-watch and add two Little Auk and Black Guillemot, the latter only my 2nd on the patch ever. The following morning after counting 500+ Little Auks I sneaked a juv Sabine's Gull in moving south.

I also need to confess to some suppression, earlier in the year a White-spotted Bluethroat was found on patch and I was invited to assess whether it was twitchable in a difficult area for access with a new land tenant, recently ploughed field and in suitable breeding habitat (long shot but...) news was never issued but I did accidentally see the bird whilst discussing whether to put it out.

Anyway the long and the short of it, 138 and still need Pink-footed Goose!
Posted by Kevin Costner at 22:07 No comments: 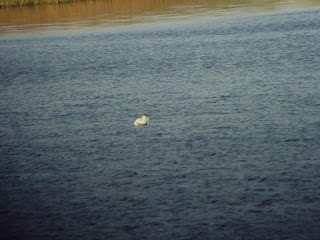